Music is a universal language spoken by all nations and one that unites all races. No matter where a song originates from, it can be appreciated anywhere in the world. South Korea is known for the K-pop genre of music that has been recognized and appreciated all over the world. This genre has been popularised by several artists and music bands from the country such as , , Stray Kids, among others. In early 2019, one of the biggest entertainment conglomerate, J.Y. Park Entertainment released the identities of members of its new girl group, ITZY. The group broke many records within a short time of the group’s debut.

The group released its debut album on February 12, 2019. One of the songs “Dalla Dalla” made it to the No. 2 spot on the World Digital Song Sales chart. Its video had 2,000 downloads in the U.S. for the week ending February 14. Other singles on the album were also hits on various charts and on YouTube, recording millions of views.

Here’s Everything You Need To Know About Them

ITZY is a five-member girl group, consisting of Ryujin, Yuna, Chaeryeong, Lia and Yeji. Itzy, as mentioned earlier, was created by JYP Entertainment. Four of the five members of this group had already been exposed to the screens through various reality TV shows programs. Chaeryeong participated in K-pop Star 3, Sixteen and Stray Kids – all reality shows. Ryujin was a contestant on the JTBC survival show, MixNine while Yeji was a contestant on SBS’ The Fan. All of the members of the group except Lia were all part of the Mnet series, Stray Kids.

It was the first girl group to be debuted by JYP Entertainment since Twice in 2015. They released their first album on February 12, 2019, titled It’z Different. This album contained inspiring singles that ended up becoming hits on various music charts. Itzy then released its first EP titled It’z Icy in July the same year. The EP, like the album, also recorded huge successes.

ITZY Members And Their Profiles

Ryujin was born Shin Ryujin on April 17, 2001 in Korea. She is also known as Joanne Shin and is currently attending the Hanlim Multi Art School where she majors in Practical Dance. Her elementary and high school institutions are not known.

She ranked number one in the MixNine girls category. Before joining Itzy, she was trained for four years. She is the main rapper, lead dancer, vocalist and center of the group. Her music idol is Lee Hyori.

She is very loyal to her agency as shown when she rebuffed an opportunity to switch to YG Entertainment. Ryujin has appeared in several movies including the 2017 film The King.

Yuna was born Shin Yuna on December 9, 2003. She is Korean by nationality but it isn’t certain where she was born or who her parents are. She is also known by her English name – Hussey Shin. None of her siblings are known and she is a classmate of Ryujin’s.

Yuna was announced as a member of Itzy on January 20, 2019, after being trained for three years. She serves as the lead dancer, lead rapper, vocalist, visual and maknae of the group.

Chaeryeong was born Lee Chaeryeong on June 5, 2001, in Yongin, South Korea. She also bears the English name, Judy Lee. She has not disclosed any information about her parents but has revealed that she has an older sister known as Chaeyeon and a younger sister named Chaemin. She attended Kyw Dance School and now attends Hanlim Multi Art School where she is majoring in Musical Theatre. Before joining Itzy, she underwent a 5-year training. She currently features as the main dancer, lead rapper and vocalist of ITZY.

Lia is one of the group’s talented vocalists. Born as Choi Jisu on July 21, 2000, she is a citizen of Korea. She got the stage name Lia from her English name Julia Choi given to her by her aunt. Although she has revealed that she sees her mother as her role model, she has not disclosed her identity nor that of her younger brother. Lia studied Practical Music at SOPA and became a member of Itzy after two years of training.

Hwang Yeji also known as Lucy Hwang was born on May 26, 2000. She was born in Jeonju, South Korea. Her educational details have also been kept away from the media, however, she came to the screens when she starred on Stray Kids in 2017 and later on The Fan in 2018. After three years of training, she was announced as a member of Itzy. She was made its leader, main dancer, lead rapper and lead vocalist. 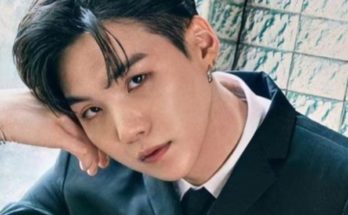 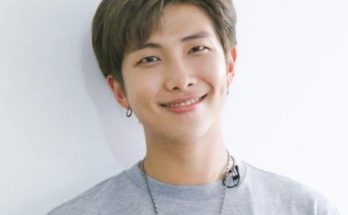