If you must tell Eddie Hall’s tale from his perspective, you must refer to him as The Beast and mention his ability to lift cars, and pull planes – they are his bragging rights. Eddie was quite popular as a strength athlete but he only gained worldwide fame when he emerged as the World’s Strongest Man in 2017.

The deadlift world record holder was born in Newcastle-under-Lyme, Staffordshire, England on the 15th of January and in the year 1988. Beyond the things Eddie has been able to accomplish in his career, the following are details of his body measurements, wife, kids, and family life.

Being the world’s strongest man, it is only natural that people are interested in knowing the details of Eddie Hall’s private life. Inasmuch as the career attainments of this strength athlete has towered above other aspects of his life casting a shadow over the things one may wish to know about his wife and family life, you wouldn’t search hard to find that Eddie is husband to Alexandra Hall.

As far as we can tell, Mrs. Eddie Hall takes pride in regarding herself as a ‘strong wife’. Beyond being the mother of Eddie’s daughter Layla and his son Maximus, the woman would describe herself as a “self-confessed feeder”. As culled from her Facebook page where she shares updates of her life, Alexandra claims to be a gym devote, a foodie and a healthy eating enthusiast.

Should you decide to keep up with Alexandra via her Facebook page or other social media platforms, what you’d come to believe is that theirs is a happy marriage but according to her husband, it has not always been rosy for them. Eddie that his wife was set to leave him in about five weeks before he won the World’s Strongest Man competition. He had to beg to be given the final chance to turn things around for her and the kids. Alexandra gave him the five weeks he asked for, he won the competition and saved his marriage.

Whatever you may deduce from the foregoing, Eddie Hall would insist that Alexandra is a supportive wife. He faults himself for the hiccups that troubled their marriage. Eddie said he was obsessed with strongman and failed to care about anything else. He abandoned the parental duties for Alexandra and increasingly became more estranged from his kids, his parents, and siblings. In fact, his obsession got to the point where it was as though his kids were fatherless and his wife a single mom.

Thankfully, winning the 40th edition of the World’s Strongest Man event held in Gaborone, Botswana was his salvation, it redeemed his marriage from the path of divorce and afforded him a chance to patch things up with his wife and the entire family. As Eddie has attained the pinnacle he desired as a strongman, he has now devoted more time towards spending quality time and bonding with those dear to him.

Looking at The Beast, it would be hard for one to imagine he was a skinny lad. Although Eddie’s claim to fame comes from competing in strength athletics, it was as a swimmer that he kicked off his sports career. As the story goes, Eddie Hall thrived in swimming and was even a national champion. He left the water sport and embraced weight training when he turned 16 with the sole aim of taking part in the strongman competition which has lingered on in his mind since he was 5.

Eddy started competing when he clocked 20 and literally didn’t stop pushing the limits until he emerged the World’s Strongest Man in 2017. Apart from this, he has been England’s, Britain’s and UK’s Strongest Man several times. Thus far, The Beast is the only person to deadlift 500 kg. To attain the status he now enjoys, Eddie went through pains that are better imagined, he would force-feed himself to ensure he consumes as much as 12,500 calories each day. Disregarding the many injuries he sustained while building his body and powerlifting, one of his eyes once popped out from its socket.

His monster physique is made up of a 25-inches neck, a chest that spans 62 inches; biceps and quads that respectively measure 22 and 33 inches. Eddie Hall is 3 inches taller than 6 feet and weighs 175 kg. 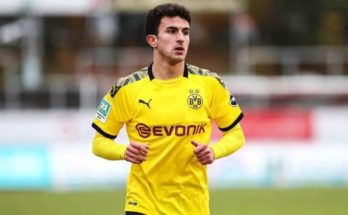