Fans of the CW hit Tv show, The Vampire Diaries will be very familiar with Michael Malarkey, he played Enzo in the series. The British-American actor was a beloved character on the show and is a popular figure among fans of the show.

Michael Malarkey was born on June 21, 1983, in Beirut, Lebanon to an Irish American father, Jim Malarkey and a British mother, Nadia Malarkey of Arab/Italian origin. Michael and his family settled down in Yellow Springs, Ohio. He is the oldest of three brothers.

This bloke took an interest in the arts very early in his life. In 2006, Marlarkey traveled to England to study at the London Academy of Music and Dramatic Art. His humble beginnings in London started in theatre. He started appearing in various theatre productions including lead roles in Spring Storm, a play by Tennessee Williams and Beyond the Horizon by Eugene O’Neill at the Royal National Theatre, a play that was an adaptation of The Great Gatsby in the role of Jay Gatsby. Later, he appeared in Million Dollar Quartet in the role of singer Elvis Presley.

Outside of theatre, Malarkey also appeared in several film and television projects including shorts like Good Morning Rachael in 2009 and Ghost in the Machine in 2012. In television, he secured recurring roles in series like Raw and Mr. Sloane.

After, he landed the recurring role of Lorenzo in the supernatural drama series (The Vampire Diaries) which Kevin Williamson and Julie Plec developed. The series contributed in no little manner to the celebrity status that Michael now enjoys. As Malarkey gained popularity for his character with the viewing public, he had his role upgraded to a series regular starting in season six and through the end of season 8.

2017 was a good year for Malarkey. Beyond playing Dizel in Amazon Studios’ action dramedy series, Jean-Claude Van Johnson, he portrayed Cinch Barton in the crime thriller, A Violent Separation and Sam Foster in The Oath. Since his entry into acting, he has appeared in three films, seven television shows, and six theatre plays.

Malarkey does not only acts but is also a singer. He released his debut full-length record, Mongrels sometime in September 2017. This was followed by some music videos and, as at the time of this writing, the entertainer was filming the Captain Michael Quinn’s role for The History Channel’s Project Blue Book. Not long past, he rounded off his tour across Europe for his second full album, Captain Solitaire.

His Wife and Family

Michael is born to Jim Malarkey and Nadia Malarkey. He has two brothers, Daniel Malarkey and Kevin Malarkey. Michael Malarkey is currently married to actress Nadine Lewington, an English television, soap opera, and film actress born on 15 October 1980 in Chelmsford, Essex, United Kingdom. The couple got married in 2009 and have a son together named Marlon Malarkey.

Height and Other Facts

The Vampire Diaries star is known for his good looks. It was a prominent feature on his time in the television series. That, along with his sexy British accent. Michael has a well fit body that stands at 176 cm tall and weighs 73 kg. The following are more facts about the actor.

1. He is of Arab-Italian origin

From simply looking at him and hearing him speak, one might not realize he is of mixed heritage. The actor’s mother, Nadia is of Arab/Italian origin, which by the science of DNA, makes Michael part Arab, part Italian. That’s not all, his papa is an Irish American father.

2. He wants to be a diversified creative individual

Michael, by the standards of acting, could be considered an already successful actor. But he doesn’t want his creative career to be defined by one project, especially his most popular one, The Vampire Diaries.

He believes creatives owe it to themselves to express themselves in different forms and styles and not be pigeonholed into one thing for the rest of their lives. It is certainly a belief he holds dear for more than being an actor, he is also an active musician with two albums and a European tour under his belt.

Born on June 21, Malarkey falls under the Cancer Zodiac sign. If you are a zodiac believer, you can expect Malarkey to be deeply intuitive, emotional, sensitive and sentimental. 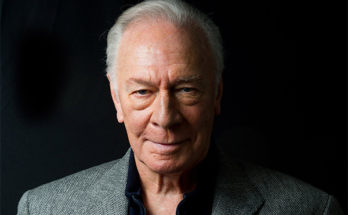