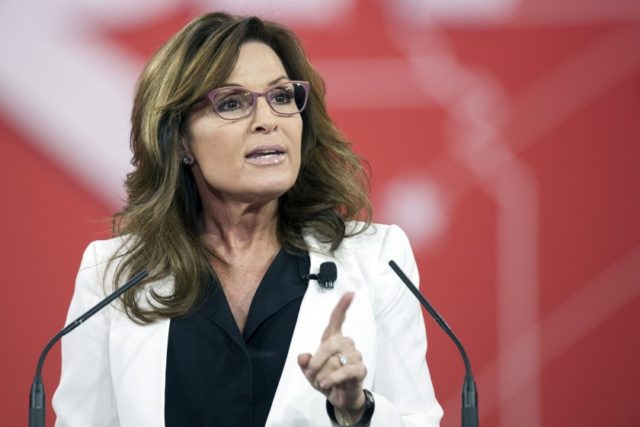 The civil rights and gender equality movements recorded at least two notable achievements during the 2008 United States Presidential election. In addition to being the first African American to be elected to the office of the president, the election produced Sarah Palin – the second woman to appear on the ticket of a major U.S. political party and the first Republican woman to be selected as a candidate for the office of the vice president. What happened to Sarah Palin’s political career isn’t something that many envisioned as even her opinion is no longer being sought after by television stations. Read on and find out what Sarah is doing now.

What Happened To Sarah Palin?

Sarah Palin was once looked upon as the future of the Republican party but the charismatic former Governor of Alaska has in recent time disappeared from the spotlight.

Palin’s rise to national prominence came as a result of her being named as the running mate of . A few have argued that her selection was due to the fact that the Republican party was trying to get some of the enthusiasm that Obama was receiving since he was a black man running for the highest office. McCain had hoped a woman on the party’s ticket would be a positive factor that would galvanize women’s support as well as gain him the full backing of the Religious Right wing of the Republican party.

Regardless of the fact that she might have been a gimmick, Sarah Palin deserved every bit of the recognition she was receiving as her career and achievements at the time was quite impressive. The bachelor degree holder in Communications with an emphasis in Journalism first fulfilled her early ambition of appearing in front of the camera as a sportscaster and sports reporter before embarking on a political career.

In 1992, five years after graduating from the university, she ran and won a seat on the Wasilla City Council. She went on to spend four years in that position before opting to go a step further by challenging the incumbent mayor of Wasilla in the polls. Palin served two three-year terms as Mayor of Wasilla before unsuccessfully running for the office of lieutenant governor in 2002. The following year, she was appointed to a chair of the Alaska Oil and Gas Conservation Commission where her main responsibility was overseeing the state’s oil and gas fields.

In 2006, Sarah Palin continued her dramatic rise in Alaskan politics as she became the first woman and youngest person to be elected Governor of Alaska. This and other little achievements caught the attention of the national chapter of her party who made McCain aware of her achievements.

With the nationwide spotlight on her, what happened to Sarah Palin afterward was intense scrutiny, such that she had never faced. Various aspects of both her personal and political life were made public, such as her daughter’s out of wedlock pregnancy and the contradictory policy statements that came from the time she campaigned to be elected governor. This led a few members of her party to call for her resignation from the ticket as she was becoming a political liability, however, a few others maintained support for the governor, accusing those who were against her of elitism.

Following the announcement of Obama’s victory in the polls, Palin returned to Alaska to carry on her work as governor but found herself to be facing numerous legal ethics complaints that forced her to resign from office and not seek reelection in order to avoid being a lame-duck politician who would not be getting any work done but rather be spending most of her time fighting to clear her name.

What Is Sarah Palin Doing Now?

After what happened to Sarah Palin that led to her decision to resign, she returned to her journalism roots. Her first role was as a political commentator for Fox News before she was able to land her very own show on TLC titled Sarah Palin’s Alaska (2010-11). After the show ended, she continued to appear as a political analyst and commentator on Fox as she campaigned for other members of the Tea Party.

In 2014, she began hosting Amazing America with Sarah Palin on the Sportsman Channel and launched an online news network called Sarah Palin Channel. Both ventures ended in 2015 after which nothing else was heard from her until she endorsed for president in 2016.