The 1980s was a particularly significant time in the history of American cinema as it came right after the Golden age of the ’70s. Some of the practices that came to be in the production of films in the ’80s and trends that kicked off during this period are still being practised even in recent times, the ‘Blockbuster’ is one of these trends. During the ’80s in Hollywood, different genres of films were explored and in these different genres were movies aimed at kids and families. For the purpose of this article, 12 of the best 80s kids and family movies will be explored. Keep reading to learn more about some of the most interesting movies that were made in this decade.

This is one of the greatest and best 80s kids and family movies films made by the highly revered . When the film was released in 1982, it was the highest-grossing movie of the year and its success was not just limited to its year of release as it remained the most successful film all through the decade with the $435 million it made from box office sales. This film chronicles the summer adventure a group of kids had with an alien nicknamed “E.T.”, who got stranded on earth, and their battle against government agencies and journalists in a bid to get their Extra-Terrestrial friend back to his planet.

The second on our list of the best 80s kids and family movies is The Princess Bride. The film was released on the 25th of September, 1987 and it is an adaptation of the 1973 novel of the same name written by William Goldman. It cuts across the genres
of adventure, fantasy, and comedy. , who directed the film, had read the book after it had been gifted to him by his father and decided that he needed to make a film out of it. When it was time to make the film, Goldman who had been unwilling to sell the rights of the book, wrote the screenplay.

There are two parts to this film which was acted out as a narration of events by a grandfather to his sick grandson. The Princess Bride was made on a budget of $16 million but it ended up making $30.9 million and because it is a film about love and adventure, concepts that are timeless and universal, it can still be appealing to audiences of today.

was one of the biggest stars of the 80s and in one of his earliest performances, he played the role of a child who is tired of being smallish and consequently, makes a wish to be ‘big’ and then turns into an adult man. As an adult, he gets a job working at a toy company and because he is really a child who understands toys he goes through the ranks quickly. His ability to play a childlike man as well as he did was applauded and for this, he won the 1989 Golden Globe for best actor, which was his first Golden Globe. The film was not only a critical success but a commercial one as well, making $151.7 million on its budget of $18 million. It is no doubt one of the best 80s kids and family movies you can still watch today.

Three bachelors living in New York are saddled with a baby one of them had with an actress. The baby, who is mistaken for another package which is actually a packet of cocaine, entraps the men in a web of drug dealers, the police and the responsibilities of being fathers in a short time with no prior experience in this field. This endearing film made over a hundred million in box office sales and was the highest-earning film of 1987.

is a director, who had more than one blockbuster in the 80s, Beetlejuice just happened to be one of these blockbusters that classify as a film for kids and families. It features stars like , , , Jeffery Jones, , and Catherine O’Hara. Baldwin and Davis are ghosts who keep haunting houses while the other mentioned members of the cast make up the Deetz family that they try to frighten. Keaton plays the titular character Beetlejuice, an exorcist for humans who is employed by ghosts. Though the film has a macabre subject matter, Burton is able to add a comedic twist to it that appealed to not just children but adults as well.

The Goonies is a 1985 adventure film which readily finds it way on any list of the best 80s kids and family movies of all time. It was directed by Richard Donner but based on a story by Steven Spielberg. The name of the film refers to a group of boys who decides to have
their last meeting on the weekend before the foreclosure of their homes in Oregon. During this last weekend together, they find a map that leads to a treasure, which in turn takes them on a whirlwind of adventure. The film ends with the boys getting enough money to cancel the foreclosure of their homes. Most of the actors who played major roles in this film went on to have long successful careers in Hollywood.

Based on a Broadway musical, Annie was released in 1982 and it tells the story of an orphaned girl named after the title, who manages to escape the conditions of the orphanage she lives at which is run by an abusive woman. Annie is, luckily, invited to live with a millionaire who uses her presence in his house as a PR stunt and her life changes immensely. The songs on the film are one of the most significant features of the film and the ability of the writers to portray the depression of the 30s and the temporal setting of the film while still infusing the cheekiness of a children’s film, has been praised by critics.

In 2016, a remake of this 1984 film was made but it could not hold a candle to the brilliance of the original version. , , Harold Ramis, , and all play major roles in the film, which was written by Aykroyd. The relevance of this film has spread beyond the period it was made even to current times and it is deeply entrenched in pop culture. Ghostbusters was written from Dan Aykroyd’s fascination with the supernatural and was the first film in the comedy genre to employ computer-generated imagery (CGI). It was one of the most expensive films of the period but the $295.2 it made from box office sales, which made it one of the highest-grossing films of the decade, made up for the $25 million that was spent on making the film.

9. The Land Before Time

One of the best 80s kids and family movies you will still enjoy today is this 1988 animated film that features anthropomorphic dinosaurs. The films major theme is the conflict that can exist between species especially when this conflict leads to the oppression of one group. The Land Before Time is animated, which kids will love, and it teaches a great lesson on human power relations, which can be learned and understood from a young age.

This is the third film in the Star Wars franchise and it was not the only Star Wars film that was released in the 1980s. The actions in this film are a continuation of the events that took place in The Empire Strikes Back. In this film, the rebels are able to defeat the Empire with the help of Darth Vader who makes a turnaround for the better and embraces the role of a Jedi. Return of the Jedi is packed with revelations for different characters and is remembered for its redemption for most of its characters and the victory of The Rebellion. This film was the second highest-grossing film of the decade.

The first film that started one of the greatest time travel film franchise was made in 1985 with its sequel in 1989, both films were a huge success. On the night of October 26, 1985, Marty McFly is transported to 1955 where he meets his teacher Dr. Emmett Brown and the two of them find a way to get McFly back to his correct timeline. While Brown works on the time machine, Marty fixes the life of his parents. This film, written by Robert Zemeckis, was an iconic achievement in the year it was released and is still considered one of the greatest films ever to be made.

Another one of our best 80s kids and family movies that still make sense today is this 1986 teenage high school film titled Ferris Bueller’s Day Off. The film features the titular character Ferris Bueller who decides to take a day off from school by lying about his health and he enlists the help of his friends, Cameron and Sloane. In the process of their delinquency that includes a trip to New York, the trio grows up. It was directed and written by John Hughes whose portfolio is riddled with works that share the thematic preoccupations as Ferris Bueller’s Day Off. 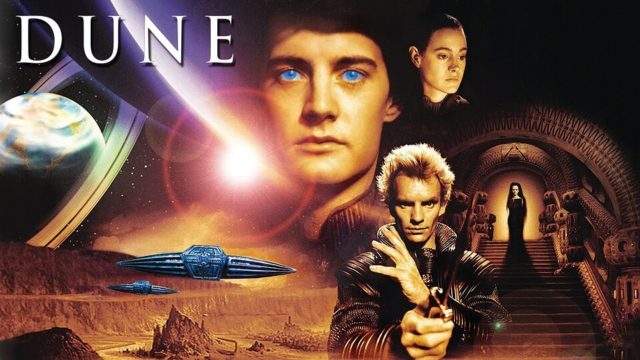 Is There Going To Be A Dune Movie Remake Or A Sequel, When Is It Coming?

Best DC Villains – 12 Strongest And Most Powerful Of Them All Is There Going To Be A New Predator Movie and Will It Be A Sequel Or A Remake?