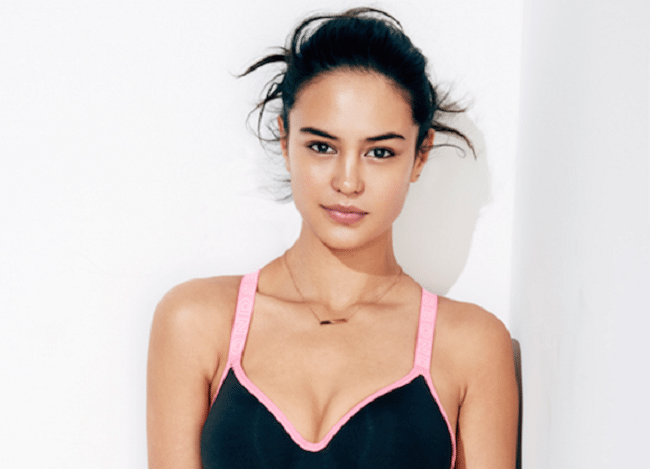 Courtney Eaton is one Australian actress and model who has accomplished a lot in a few professional years and at a very young age. Fans of the 2015 movie Mad Max: Fury Road noticed the beautiful actress who played as a supporting cast (Cheedo the Fragile). She is also known for her role as Zaya in the epic movie Gods of Egypt released in 2016.

Courtney Eaton is recorded as being born on January 6th, 1996 to parents of mixed nationalities. Stephen Eaton is her father’s name and he is an Australian IT Manager. Unlike her father who comes from an English lineage, her mother’s mix is more interesting. She is a New Zealander whose ancestors are Cook Islanders, Chinese, and Maori. She is a big sister to a brother (Campbell), has a step-sister (Olivia) and a step-brother (Danny).

This Aussie schooled in the same place where she was birthed, Bunbury in Western Australia. Her school was Bunbury Cathedral Grammar School. She dropped out of school in 2012 at age 11 with support from her father and it is said that she once expressed that everyone doesn’t have to go to school. However, the model doesn’t advise anyone to quit school. Surprisingly, her childhood dream was to either become a medical or veterinary doctor.

Courtney’s modelling career came before her debut as an actress. Christine Fox discovered 11-year-old Courtney at a fashion graduation and she was promptly signed but her career really started at age 16. With blessings from her father, she was appropriately prepared for life as a model by undertaking several classes including a Myles Pollard workshop on acting.

As a model, she did a number of gigs and was even awarded the Face of the South-West Fashion Festival. Courtney also walked at the Perth Fashion Week and in 2013 April, at the Australia Mercedes-Benz Fashion Week.

Her acting debut came with her spot in Mad Max: Fury Road after she got selected during the audition process. She acted as the youngest of Immortan Joe’s five wives named Cheedo the Fragile. Her spectacular performance earned her a nomination in the 2016 Gold Derby Awards for the Best Ensemble Cast category. She credited her father (who practically pushed her into going for the audition as she had no prior knowledge of the series) and the movie’s Director, George Miller for her successful role in Mad Max.

Next in line for the young actress was Gods of Egypt where she played the role of a slave girl who caught the fancy of a major character. She also has two short videos on her list of experience. She featured as herself in the 2015 short music video titled R5: Sometime Last Night and also as the lead female character in the 2017 short video titled Angus & Julia Stone: Chateau.

The rest of Courtney Eaton’s works include her role as Blake Beeson in the 2017 movie, Newness. An announcement came in May 2016 that she will be starring in a movie which was scheduled to begin shooting in June. Interestingly, Ross Lynch, whom she was in a romantic relationship with at the time, was slated to be the co-star in this comedy thriller. She played the role of Charlotte Alden while Ross Lynch acted as Kyle in the movie, Status Update, which was released in May 2018.

Her most recent work is a film recently shot for a month in Birmingham from 15th May to 16th June 2018. The $12 million budget action movie which stars famous actor, Aaron Eckhart, is scheduled to be released later in 2019. You might as well keep an eye out for the movie titled Live.

Height, Body Measurements, and Other Facts

2. Courtney and Ross Lynch made their relationship public in September of 2015. They were so lovely and serious together that the Model spent Christmas that year with his family and they eventually moved in together. Sadly for their fans, they broke up in November 2017.

4. Courtney got a tattoo of a triangle and three little dots along with her four co-sister wives on the set of Mad Max.