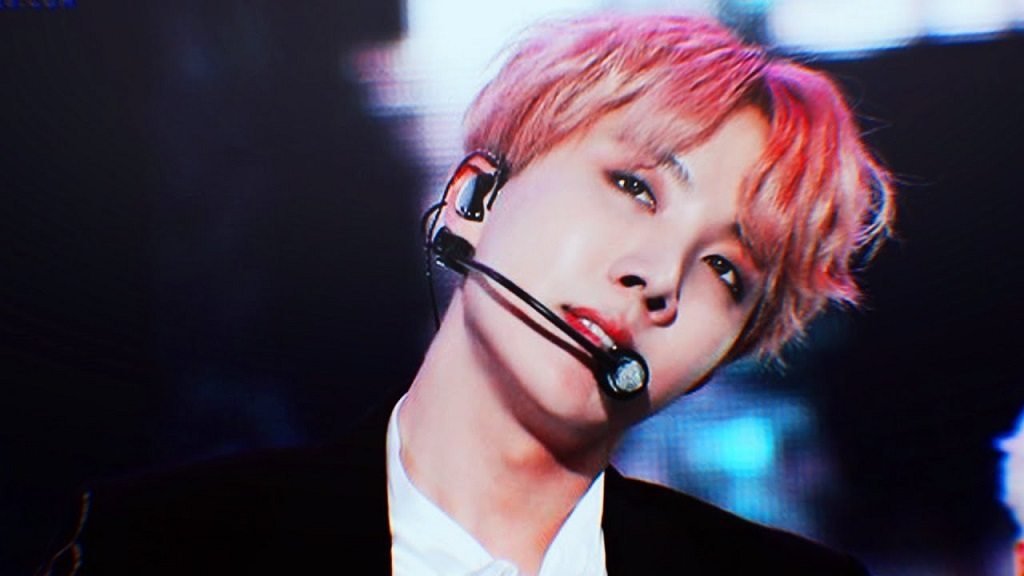 Jung Hoseok, who goes by the stage name J-Hope is certainly doing his home country of South Korea proud with his achievements so far. Hoseok’s drive to constantly improve himself is evident in the way he is running two music careers simultaneously and in the way his adoring fans scream his name.

J-Hope wears many hats: he is a dancer, rapper, songwriter, singer and record producer. He has been active in music since 2013 and also holds the record as the highest ever charting solo K-pop (Korean pop) artist on the Billboard 200.

Jung was born in the Metropolitan city of Gwangju in South Korea, on February 18, 1994. The Korean musician is mostly known for his vocal prowess, but that is not where he tried to kickstart his career. Jung’s first love was dancing and he did it with a remarkable passion.

Before all the fame, he was a street dancer and a member of an underground dance team known as Neuron. In fact, he had already made something of a name for himself in local circles. During his dancing days, Hoseok won many local prizes and memorably came first place in a national dancing competition in 2008. He was just 14 years old at the time.

Soon his interests began to evolve naturally and include sister skills like singing and rapping. This encouraged him to audition to be a Korean idol trainee.

Soon his talents saw him picked up by Big Hit Entertainment. The entertainment company formed a boy band called BTS (Bangtan Boys) with Jung Hoseok and six other guys. Jung and his new singing group debuted their first single No More Dream from their first album 2 Cool 4 Skool. The album was released in June 2013, and the group bagged numerous New Artist Awards for their efforts.

J-Hope and BTS have released several other award-winning albums over the years including Dark & Wild (2014), and Wings (2016).

BTS may be a very popular singing group in their native country of South Korea and beyond. However, J-Hope’s drive means that the group’s success isn’t enough for him. In 2018, he kickstarted his solo music career. On March 1, 2018, J-Hope released his first solo project –  a mixtape titled Hope World. On the same day, he also released a music video for one of the songs Daydream. This song peaked at the top spot on the World Digital Songs Chart.

The EP came in at No.63 on the Billboard 200, eventually reaching a high of No.38 on the chart, making him the only solo K-pop artist ever to achieve that. The project also ranked No.35 on the Canadian Albums chart and No.19 on the US Top Rap Albums chart.

The unprecedented success of J-Hope’s first solo effort saw him sweep a lot of personal awards. He came in third on the Emerging Artists chart and got placed at No.97 on the Artist 100 chart for the week starting March 10th. He rose to 91st the following week starting March 17th.

Jung was also in a television movie series called Running Man in 2015.

Jung’s father is a literature teacher at Gwangju High School, the same school that the K-pop artist attended. His parents, especially his mother and his older sibling, a sister named Jung Ji Wo, always supported Jung’s dreams and encouraged him.

Jung’s sister, who is four years older than him, is also doing her own thing. She has a clothing line called “Mejiwoo” which she promotes on its official Instagram page. Jung is the only son of his parents, so he has no brothers.

Hoseok’s family is close-knit one. During his birthday celebration in 2014, his family recorded a surprise birthday message for the singer, organized by his fellow BTS brothers.

Other Facts To Know About J-Hope

1. He first tried his hands at tennis

Had Jung gone along with his initial instinct, he may have been a renowned tennis player today, or maybe not. Before the dancing and the music, Jung tried his hands at tennis. Perhaps it was because he wasn’t doing well at it but he soon switched from the tennis court to the dance floor.

2. His father did not like his choice of career at first

Jung’s father was disappointed when he chose dancing over a professional tennis career. The singer initially had to rely on his mother and sister for support. His father eventually came around and even contributed to the success of his career early on.

Hoseok would rather lounge with his friends than pass by a gym. It may sound surprising for someone in his line of work. However, he has been a street dancer for a long time that it suffices as his own form of exercise.

J-Hope is language smart; he speaks four languages: English, Chinese, Japanese and Korean. In today’s world, this is a skill that will undoubtedly serve him well in his career and personal life.

5. He plays a pivotal role in BTS

On and off the stage, Jung Hoseok is a crucial member of the Bangtan Boys, and this is not just for his singing and dancing. In various interviews, his bandmates have revealed how he is the level-headed one in the group that always keeps them all in check.

He also likes to watch their stage performances to pick out where each person did badly and how they can all improve. It also helps that he is also the lead songwriter for the group. He has written over 50 songs for them. Hoseok says he gets his writing skills from his father.

The South Korean musical icon stands at an adult height of 5 feet 10 inches (1.77m) and maintains a healthy weight of about 65 kg (143 lbs). Nothing else is known about his body measurements.

7. How wealthy is Jung Hoseok?

Through his numerous successes with BTS and his own solo career, J-Hope is definitely a name to reckon with in his country’s musical landscape and for a younger generation across continents. Various unverified sources place his net worth at just a little over $8 million.