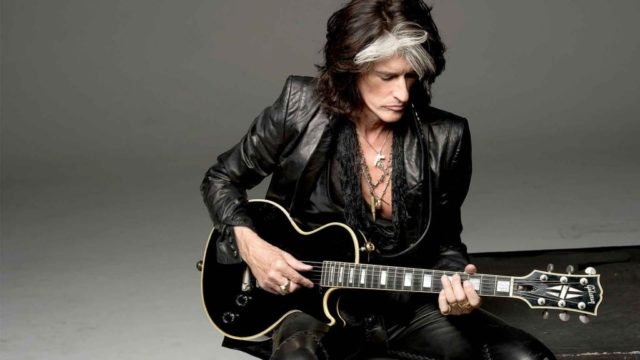 Lovers of music would definitely know Joe Perry, the electrifying lead guitarist and co-founding member of one of America’s Greatest Rock & Roll Bands – Aerosmith. Joe Perry started experimenting with the guitar from the tender age of 10 and today, he boasts a collection of 600 guitars – a very commendable feat for a musician.

A true guitar hero, he got the 84th rank in the list of 100 Greatest Guitarists of All Time By Rolling Stone. He also had his induction into the Rock and Roll Hall of Fame as part of Aerosmith in 2001. Two years later, in 2003, Joe – along with his songwriter partner, Steven Tyler – got inaugurated into the Songwriter’s Hall of Fame as well.

Who Is Joe Perry? Bio, Age

Anthony Joseph Pereira, better known as Joe Perry, was born in Lawrence, Massachusetts, on the 10th of September 1950. The Musician was the only son of Anthony Pereira, who was an accountant of Portuguese descent and Mary Ursillo, who worked as a gym teacher in a high school. The young star was raised by his parents alongside his sister, Anne-Marie Pereira.

The young musician picked up his first guitar at the tender age of ten and mastered the act of playing the instrument right-handedly, even though he was left-handed.

While the guitar came naturally, academics didn’t. His helpless parents were forced to move him from a public school to a private school in Saxtons River because of an undiagnosed learning disability which culminated in accumulated poor grades. Joe left the private school in his senior year and relocated to Boston when he declined to cut his long hair as the school authority had demanded.

Along with his childhood friend, Tom Hamilton, the rising star formed a band called ‘The Jam Band’ which later metamorphosed into Aerosmith when other artists like Joey Kramer, Steven Tyler and Brad Whitford joined the band. Aerosmith became a household name in the mid-70s with a string of hit songs which has resulted in an endless array of honours and accolades for the band.

Beyond his career in music, the renowned artist has also made his mark in acting, appearing in several movies and television series. Joe Perry is also a competent businessman with his own food company ‘Joe Perry’s Rock Your World’ which was launched in 2003.

The Aerosmith guitarist was married to Elyssa Jerret from 1975 to 1982. Before their divorce, they had a son named Adrian. Joe has two more sons – Tony and Roman – from his second wife, Billie, who had a son, Aaron, from a previous relationship. Joe and Billie’s marriage took place in 1985 after a two-year relationship. The couple met on the set of the music video for Black Velvet Pants in 1983.

Joe Perry, who can be referred to as a one-woman man, has sustained his marriage to Billie for the past 33 years. He has even engraved her image on a guitar which he made as a special gift to her.  According to the music legend, the two longest relationships in his life today are with Aerosmith and his wife, Billie.

On their own part, two of his sons – Adrian and Tony, are following in the footsteps of their rock star father. Along with popular drummer Ben Tileston, they founded the band ‘Dead Boots’ and their father is one of their biggest fans.

The Perry family members are well-known lovers of animals and have supported several just causes for the preservation and betterment of animal life.

Unfortunately, the details of his other body measurements are not public knowledge.

The co-founder of the American rock band Aerosmith has accumulated the whopping sum of $120 million as his net worth. The jaw-dropping sum is believed to have accrued mainly from his music career.

Beyond his career in music, acting, which is his second interest, has also contributed immensely to his wealth. A few years back, the music legend launched his own food company, “Joe Perry’s Rock Your World” which is considered a viable business venture.