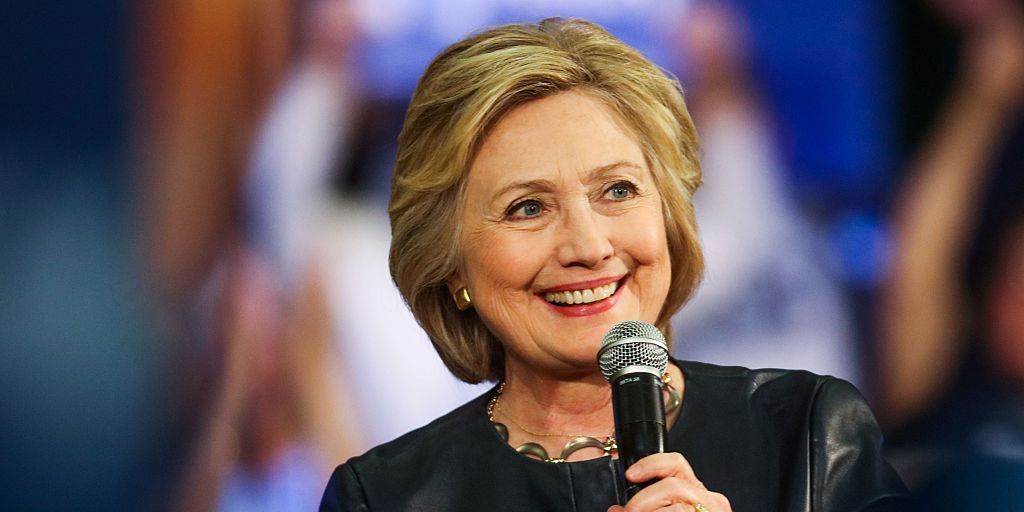 Powerful, strong, intelligent and ambitious are some of the adjectives that can rightly describe Hillary Clinton, a former first lady of the United States, former senator from New York (the first female to hold that position), former Secretary of State under the Obama regime and Democratic nominee in the 2016 race to the white house. Hillary Clinton’s success has served as a great inspiration to women across America and the world over.

A world figure, people from different walks of life have become interested in Hillary’s personal life as they are her illustrious political career. Let’s delve into those personal details beginning with her health.

During her race to the White House in 2016, Hillary’s health became a topic of much discussion after a footage of her leaving the 9/11 memorial surfaced online. The then-presidential candidate was seen stumbling and needed much help from her aides to walk to her car.

This immediately gave the media a field day with speculations springing up from every angle. Her suitability to contest for the nation’s highest office was immediately put in question.

After leaving the 15 anniversary of the September 2011 attacks, Hillary was taken to her daughter’s home in New York from where she later emerged looking like her normal self. The press had waited outside for her as she put on a smile and waved but declined to reply to reporters questions which included; “What Happened?”

Clinton’s campaign team later released a statement claiming that the Secretary had overheated and dehydrated after being placed on antibiotics as she had been diagnosed with pneumonia a few days earlier. Her doctor also cleared her fit and able to keep up with the race to the White House.

However, that sounded like a cock and bull story to the opposition conservative who’d long been skeptical about Hillary’s health and how physically fit she is to run for the presidency. had severally called her out saying she lacked the stamina to take up the responsibilities of the White House.

Prior to her near-collapse, Hillary had been coughing intermittently during speeches and when questioned about it, she simply dismissed them as allergies.

To make matters more interesting, pro-conservative news sites dug up more details on Clinton’s health. Edward Klein, author of the book “Guilty as Sin: Uncovering New Evidence of Corruption and How Hillary Clinton and the Democrats Derailed the FBI Investigation” published his opinion/analysis on the  where he revealed with seeming facts that Clinton’s health was worse than what her team told the media.

Klein said his sources revealed to him that Clinton had made several hidden visits to the hospital and that her doctors had diagnosed her with arrhythmia, a condition where the heartbeat rhythm is abnormal. He also said that Hillary had a leaking heart valve which required surgery to fix.

Well, guess the truth is better known to Clinton and her family.

Hillary and her husband Bill Clinton have made history together since marrying on October 11th, 1975. They met for the first time in Yale University where they were both studying for a Juris Doctor degree. As the story goes, Hilary turned Bill’s proposal down several times.

The couple married and settled in Bill’s native Arkansas where Clinton had passed the bar exams and began teaching criminal law at University of Arkansas’ School of Law in Fayetteville while chasing her first political ambitions of becoming a congresswoman. Hillary in 1977 co-founded Arkansas Advocates for Children and Families.

They first made history together in 1978 when Bill, at the age of 32 became the youngest Governor of Arkansas. This was prior to losing his bid for a seat in the House of Representatives, and becoming Arkansas’ Attorney General.

While her husband served as a public servant, Hillary excelled as a law firm executive and sat on boards of many reputable firms earning top dollar in the process.

However, it hasn’t been all rosy for the couple. Their marriage was in 1997 threatened by a sex scandal involving Bill and White House intern Monica Lewinsky which ultimately got him impeached but reinstated in 1999.

The couple has since remained strong and supportive of one another. Despite leaving the White House broke in 2001, the Clintons successfully parlayed their wealth of public service experience into lucrative speaking gigs, earning a combined $240 Million between 2001 and 2016, estimates.

Hillary and Bill Clinton welcomed their first child, daughter Chelsea Clinton on February 27, 1980, when Bill was serving his first tenure as the Arkansas governor. Chelsea would become their only child.

Despite her parents’ effort to keep her away from the media coverage as much as possible, Chelsea Clinton became the most televised presidential child before her with a whopping 87 network news stories centered around her.

Like her parents, Chelsea has enviable academic qualifications. She earned her Bachelor’s degree from Stanford University. She has two masters degrees one each from University College, Oxford and Columbia University’s Mailman School of Public Health. Also from the former, she earned a Doctor of Philosophy in international relations in 2014.

Chelsea has been actively involved in her family’s Clinton Foundation and Clinton Global Initiative serving on the boards. In 2010, she married Marc Mezvinsky and together they have a son and a daughter.

Hillary’s parents; Hugh Rodham and Dorothy Howell Rodham (nee Howell) met in 1937 when Hugh was working at a textile company that Dorothy had come to apply for a job as a clerk typist. They courted for a long time before marrying in 1942. Five yeras later, they welcomed Hillary.

While Hillary’s father Hugh Rodham found mild success as a textile wholesaler, her mother was a full-time homemaker. Hugh Rodham died in 1993 of stroke at the age of 82, just three months after Hillary became the first lady. A World War II veteran, he was a staunch Republican.

Hillary’s mom, died in 2011 due to complications from heart failure. She was 92.