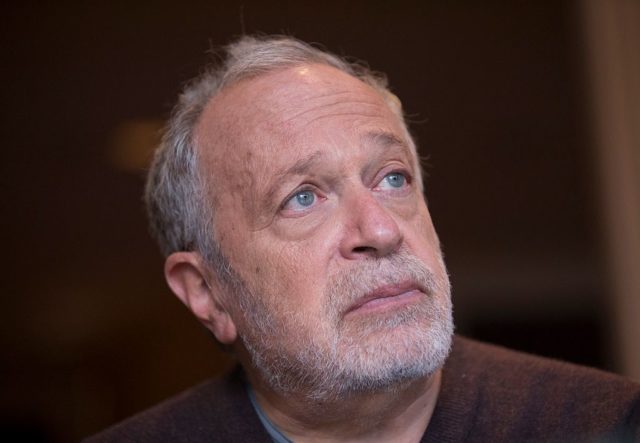 What Robert Reich lacks in physical stature, he sure makes up for it with a boisterous personality and a rich intellect. If the modern world was still ruled by physical strength and stature, Robert Reich, who stands at 4 feet 11 inches, would have stood no chance of making it to the corridors of political power. By all accounts, Reich’s resume is quite intimidating, he is a former professor at the Harvard University’s School of Government and Professor of Social and Economic policy at Heller School for Social Policy and Management, Brandeis University.

Robert was born on the 24th of June 1946 in Scranton, Pennsylvania into a Jewish family. Raised in South Salem, New York, as a child, his physical deficiencies made him a cheap target for bullies after doctors diagnosed him with multiple epiphyseal dysplasias, a bone disorder that leads to a short stature.

As a much older man, Robert Reich would reveal that his ordeal at the hands of bullies strengthened his resolve to fight inequality. As early as the 1960s, he was gaining local popularity as s a student leader and activist at Dartmouth University, New Hampshire.

Upon graduation from Law school, between 1973 and 1974, he worked as a law clerk to the Chief Judge of the U.S. Court of Appeals for the First Circuit – Judge Frank M. Coffin. From there he landed his first Federal Government job as an assistant to the Solicitor-General, Robert Bork during the administration of President Gerald Ford.

When his old buddy Bill Clinton won the elections in 1992, he was appointed Secretary of Labor after previously heading Clinton’s economic transition team. After Clinton’s first term, Riech slipped back into the academic circle, this time, with Brandeis University.

He ran for Governor of Massachusetts and is on record as the first Democratic candidate of a major political office to support same-sex marriage. Despite the odds stacked against him he managed to finish in second place behind Shannon O’Brien.

Over the following years, Robert Reich has remained an influential voice within the Democratic party establishment. He supported the then candidacy of Senator and was later appointed to Obama’s economic transition advisory board.

Reich has authored 18 books including The Work of Nations, which has been translated into 22 languages. He is also the author of the following bestsellers: The Future of Success, Beyond Outrage, Locked in the Cabinet, Supercapitalism, and Aftershock.

Upon graduation from Oxford, Reich had intentions to sign up for the Army during the Vietnam war but failed the physical examinations primarily because of his small stature. When the military adventure failed to work out, he enrolled at Yale University where he managed to complete a Juris Doctorate.

It was at Yale Law school that he met , Michael Medved, . At Yale, he became editor of the prestigious Yale Law Journal and also reunited with Bill Clinton whom he first met as a fellow Rhodes scholar at Oxford. At Yale,

Beyond his political and academic career, Reich has substantial earnings from his numerous public speaking events. As an author, political commentator, lecturer and policy analyst, Robert Reich has amassed a net worth of $4 million.

Robert Reich was raised in a Jewish family, his father Edwin Saul Reich owned a clothing store, his mother was Mildred Dorf (née Freshman). While in England as a Rhodes scholar, Reich was director of the college musical production, it was while at this that he met a 17-year-old British student, Clare Dalton. They got married in 1973 but divorced in 2012. Their union produced two sons, Adam and Sam Reich.