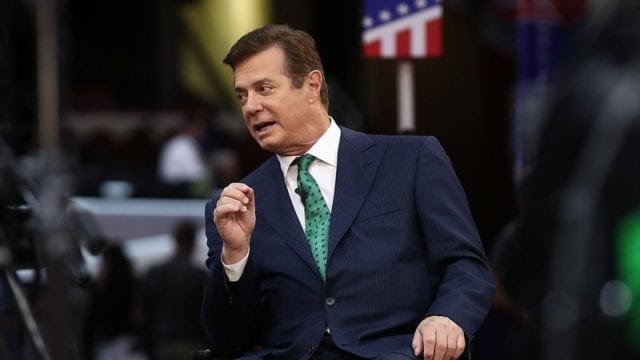 One of the people that contributed to bringing President into the White House is Paul Manafort who acted as his first campaign manager before he was replaced. With his conviction for tax fraud, bank fraud, and failure to disclose his foreign bank account coupled to the plea deal reached by Trump’s former Attorney, , the question that remains is whether Manafort will also contribute indirectly in taking the President out of the White House.

Who is Paul Manafort?

While much later in his political life his name would be associated and become more popular for his involvement with the campaign, he has also worked with other past presidents including Gerald Ford, Ronald Reagan, and George H. W. Bush.

In the build-up to the 2016 US presidential election, Manafort reached out to Donald Trump banking on his experience which helped him to be appointed to work with Trump’s presidential campaign towards getting convention delegates. He became the campaign manager of Donald Trump after the billionaire fired his then-campaign manager, Corey Lewandowski. Manafort was not the one to see the campaign to its promised land as due to some internal problems he decided to resign.

His political activities did not only remain in the United States as he also worked for the campaign of the former Ukrainian president, Viktor Yanukovych as an adviser from 2004 to 2010. He also got involved in business with Ukrainian and Russian oligarch, Oleg Deripaska.

Another important part of his life was as a lobbyist for both within and outside of the United States through the firm he co-founded, Black, Manafort & Stone with Charles R. Black Jr., and Roger J. Stone. He has worked with leaders such as Angolan rebel leader Jonas Savimbi, former Philippine President Ferdinand Marcos, and former Zairean President Mobutu Sese Seko among a number of others.

With the FBI probing the interference of Russia in the 2016 US presidential election, Paul Manafort became a person of interest and his name got very much to the public. But then, it was actually in 2014 that investigations on him started. Apart from the FBI, his financial dealings also became something of interest to the CIA, NSA, the Director of National Intelligence, as well as the financial crimes unit of the Treasury Department.

With many investigations being carried out on his dealings including the investigation into the Trump campaign. This led to his indictment and subsequent arrest due to the Robert Mueller’s investigation. Following his trial in Virginia, Manafort was convicted for tax fraud, failure to disclose his foreign bank accounts, and bank fraud.

There are now questions on whether would grant him a presidential pardon.

Paul Manafort is from a family that migrated from Italy after his grandfather moved to the United States where he later started a construction company. His own father, Paul J. Manafort Sr. was a politician who later became a mayor. Unfortunately, in what would many years later be an irony, the senior Manafort got indicted over perjury accusations in a corruption scandal but was not convicted.

In 1978, Manafort got married to Kathleen Bond who is a lawyer. There is not so much that is known about her, but her union with Paul produced two children, Jess Manafort and Andrea Manafort. His daughter, Jess, is a movie director.

Born into a rich family, Manafort has also come to make a massive fortune for himself through his businesses, lobbying, and politics. This has helped him and his family to live a very lavish lifestyle.

With that said, he is said to have a net worth of $28 million. Even though this is the net worth that he is pushing out, investigators have reasons to believe that he has a net worth that may be much higher as according to  them, he has an $8 million worth of properties and a $6 million Trump Tower condo among many other choice properties.